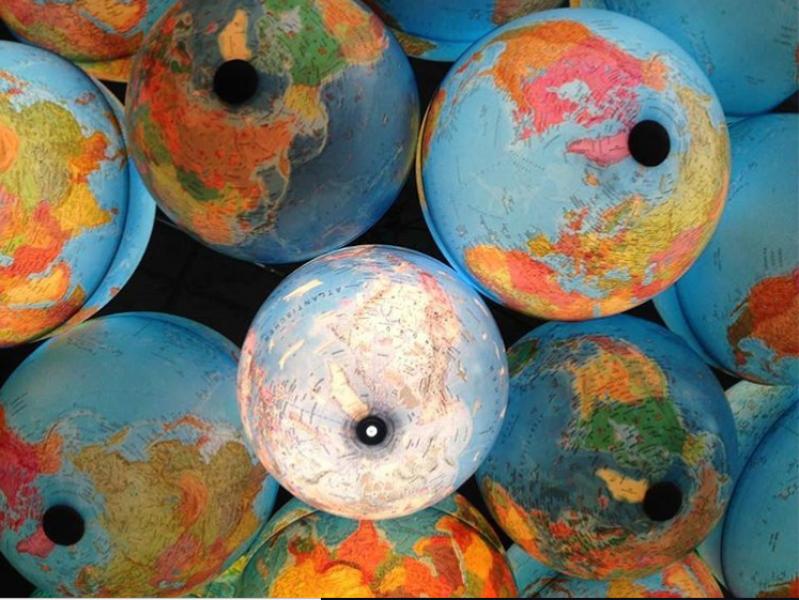 Adorable animal videos aside, one of the joys of the internet is that’s introduced so many cool upcycling ideas that you can now transform your entire place without breaking the bank. Whereas the old you might have looked at a pile of rubbish and seen nothing but trash, Pinterest-you can now gaze upon the same heap and see a treasure-trove of shabby chic creations begging to happen. Among the newest crazes in the DIY world is a project that allows you to turn old world globes into awesome hanging lights. Not only will you end up with a stylish new pendant lamp, but you might even learn a thing or two about geography along the way. 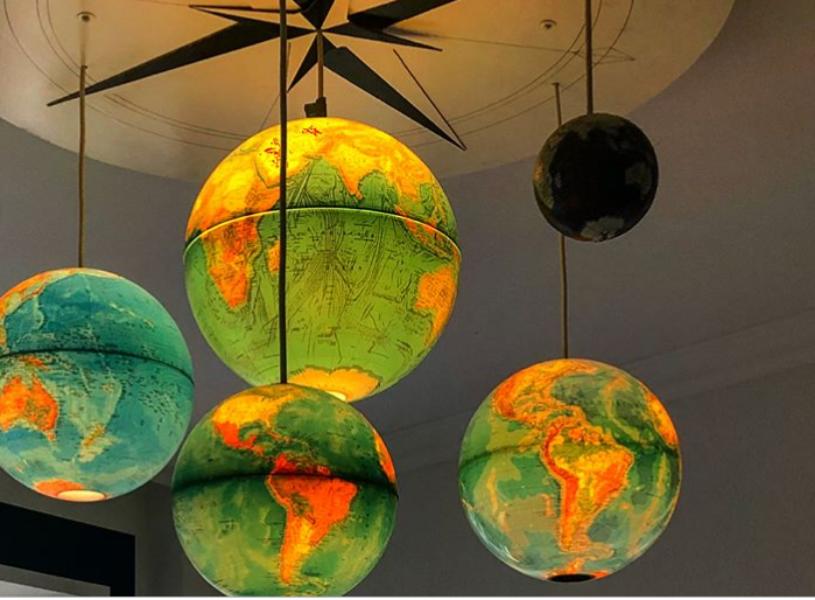 1) You guessed it, you’re going to need a world globe. This is the one area where you’ll want to select carefully because not all globes are created equal. Luckily, most are and it’s the average paper-fiber variety you’re going to want to shoot for. While the project could theoretically be done with a plastic or metal globe, why make things hard for yourself, right? Most paper-fiber globes will have a band of cellophane tape around the hemisphere which makes them easier to identify.

2) A sharp object of some sort, preferably an X-ACTO knife.

4) A lamp lighting kit which you can easily grab for less than $10 on Amazon.

5) An LED light bulb, because they don’t get as hot when left on. 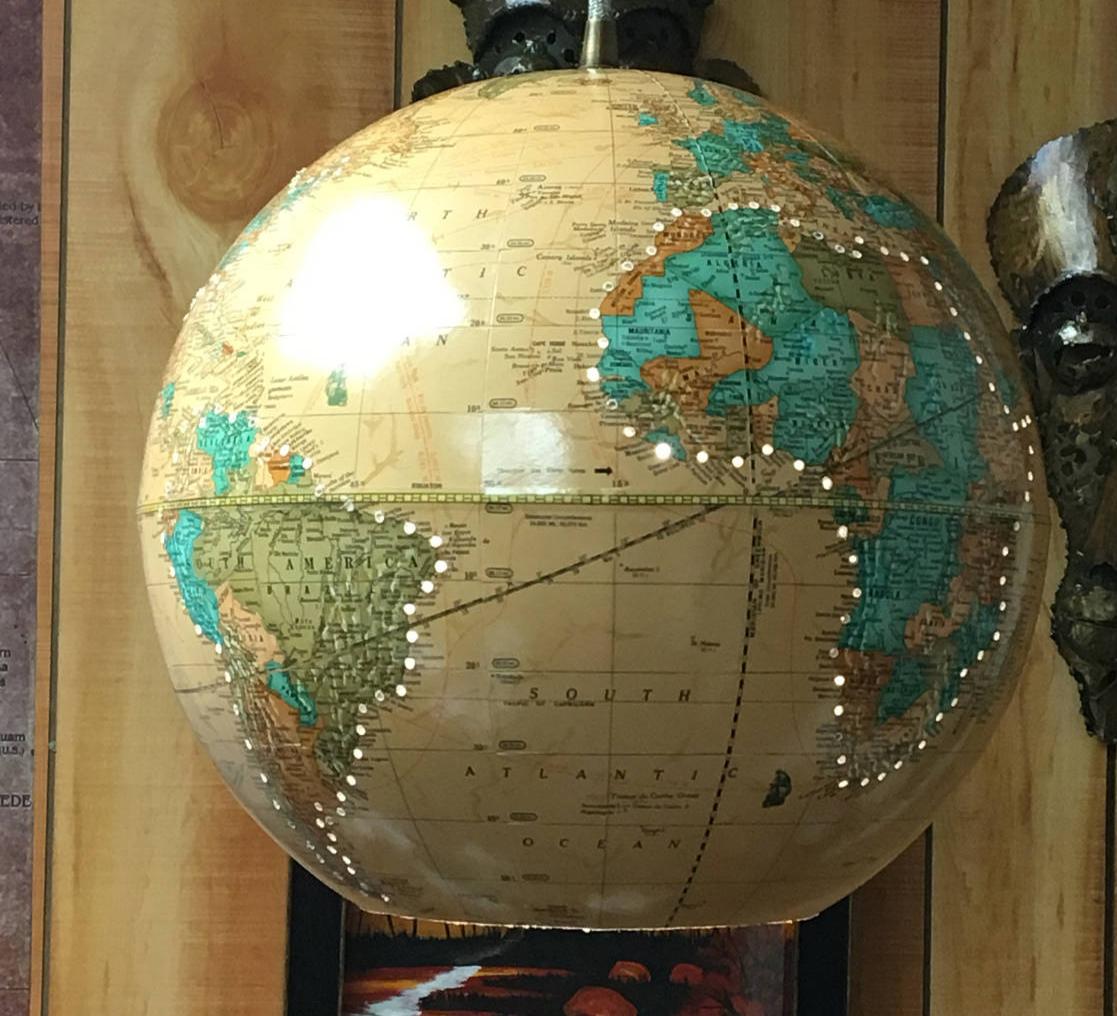 Make Your Globe Into A Lamp Shade

Now that you’ve got all your materials, go ahead and remove your globe from its stand. We’re going to get the trickiest part of the whole project out of the way first. Grab your X-ACTO knife and decide what style of lampshade you want to make.

You can either cut your globe in half and use the top as a lampshade or make a hole in the bottom if you want a fuller effect.

If you go with the first style, simply remove the tape from the hemisphere and cut along its line. You’ll discover that there’s a cardboard band inside most globes that the top and bottom are glued to in order to hold them together. Take your time here, but ultimately you’ll cut through the interior band until you’ve separated the two halves. 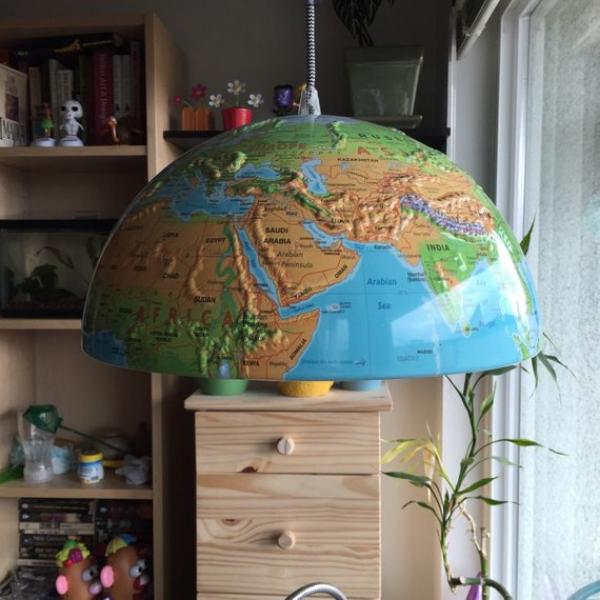 If you choose the second option, you’ll probably want to enlist the help of anything from a compass to a paper cut out of a circle. Whatever your preferred route, simply trace the circle onto the bottom of the globe, make sure it’s even and cut out the circle.

Once you’ve got your lampshade cut into the shape you want, use your sandpaper to smooth down the edges. 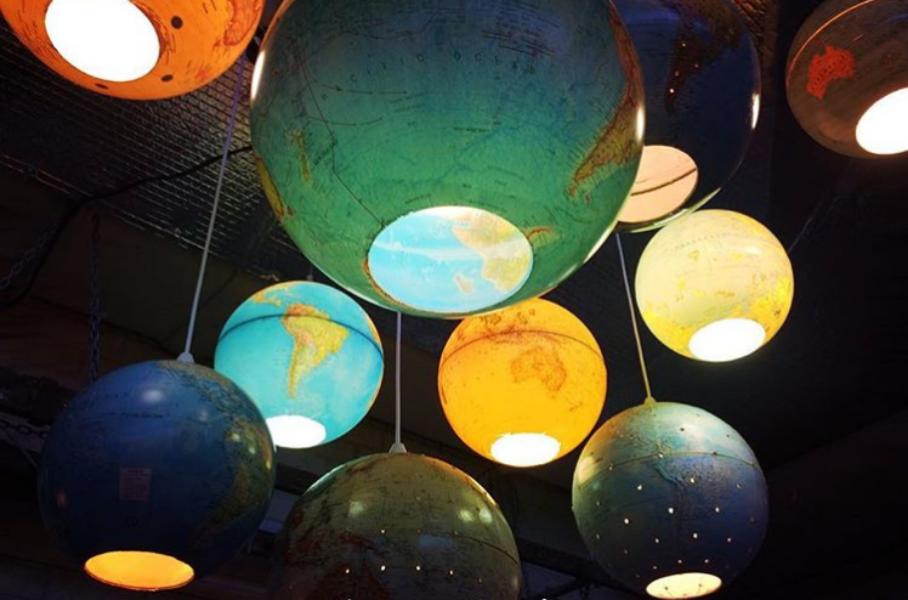 Here’s where your drill will come in. Just place it at the top of your globe and drill a hole. If you want to get fancy you can even drill holes into different places around the globe so that the light will shine through them. 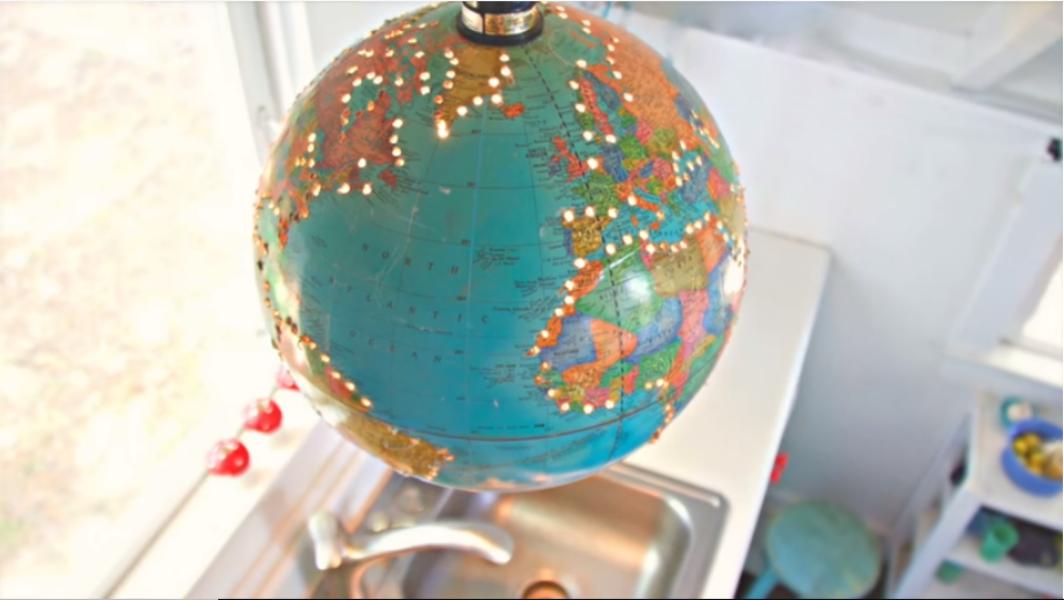 Then grab your lamp cord and feed it through the hole in the top. When you’re done, just add in your LED light bulb, plug it in, and stand in awe of your Instagram worthy creativity!